Building an online shop for the launch of a streetwear line 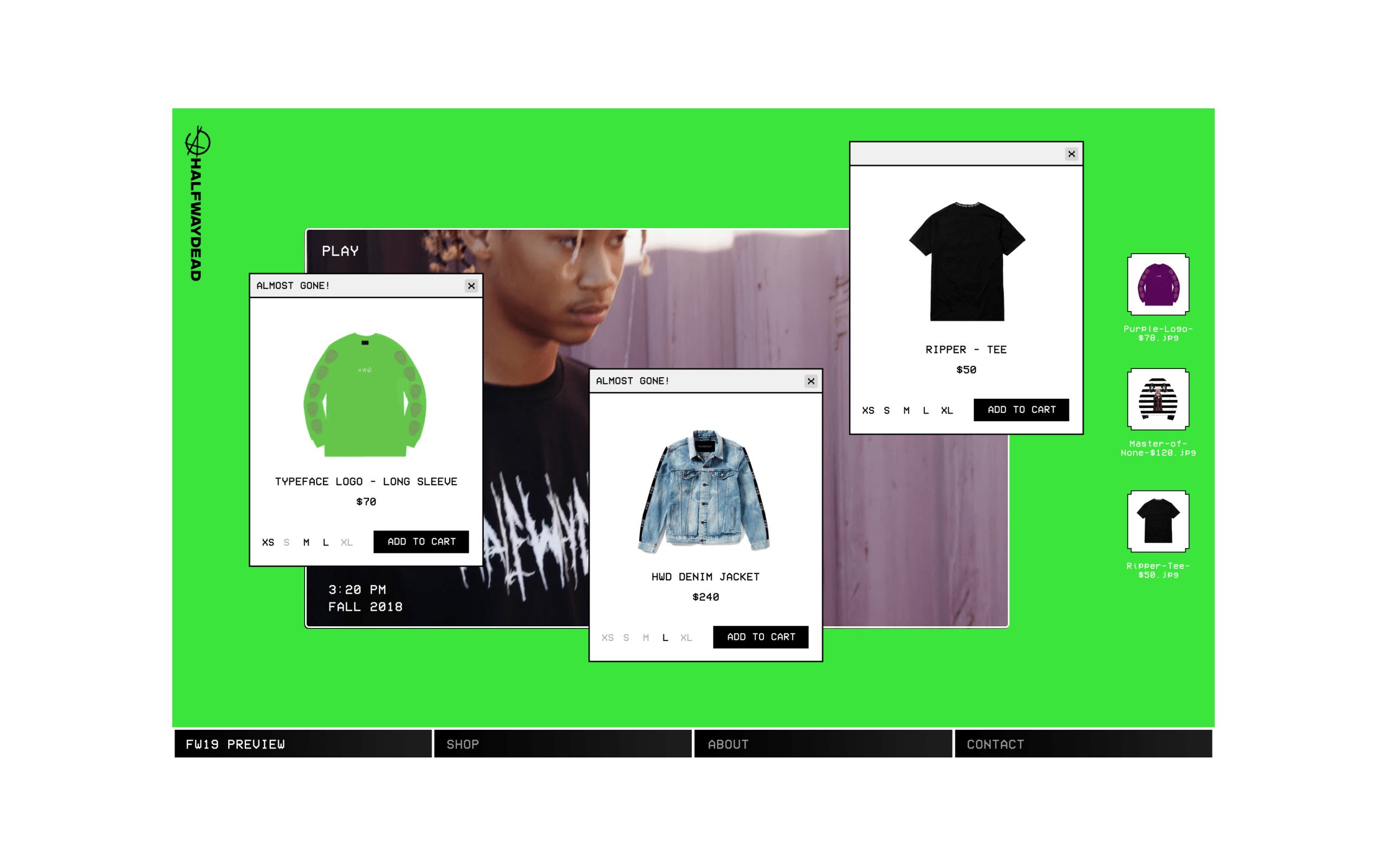 Los Angeles based streetwear clothing company, HALFWAYDEAD, came to me looking to launch their clothing line and eCommerce shop. The creative direction I provided was heavily influenced by 90s skate culture, represented with slime green branding and a retro OS website interface. Following the successful launch, HALFWAYDEAD gained celebrity endorsement from the likes of Kim Kardashian, Dez Bryant, and Kylie Jenner among others and has been since taken over by reality star Rob Kardashian. 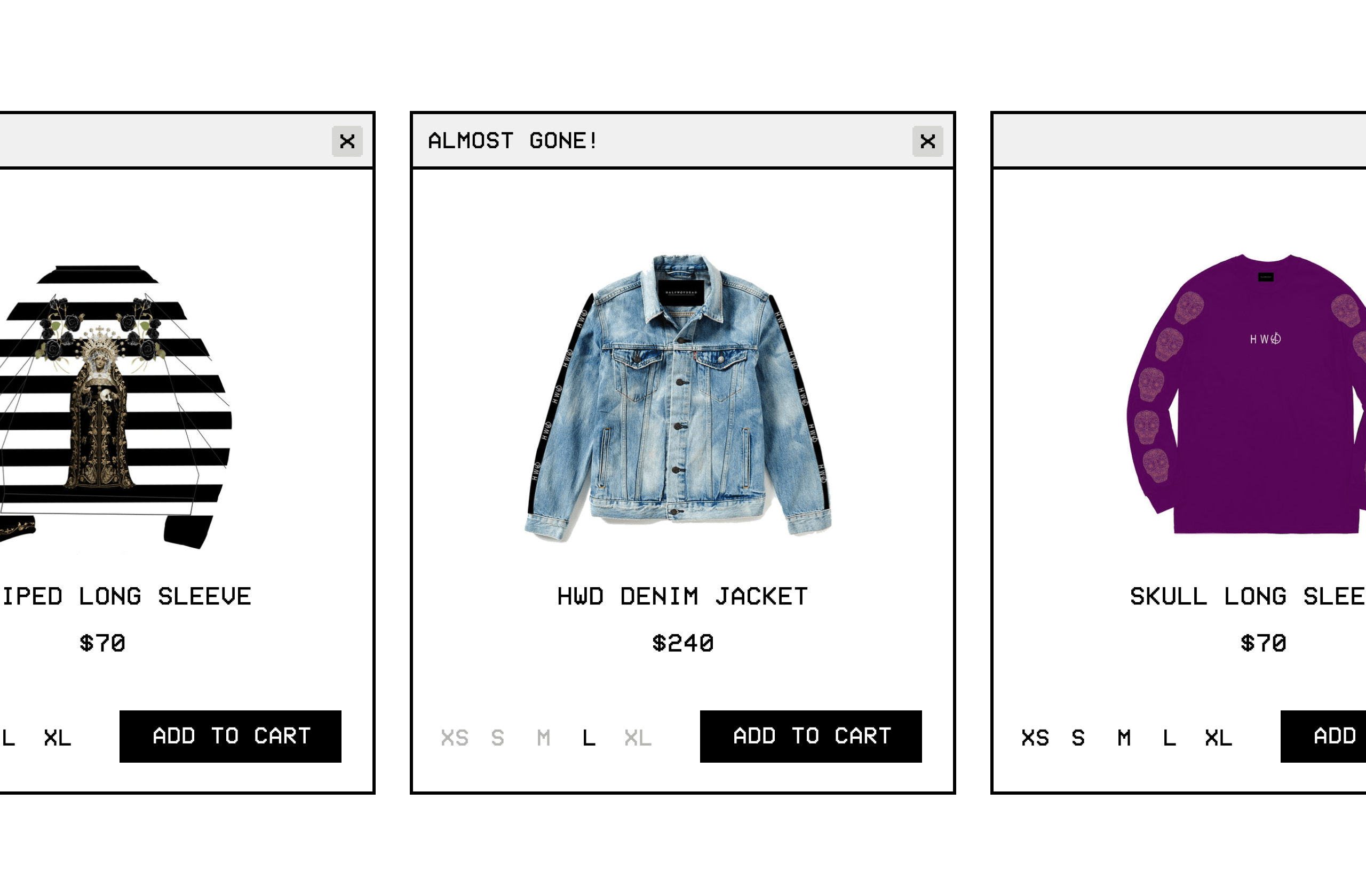 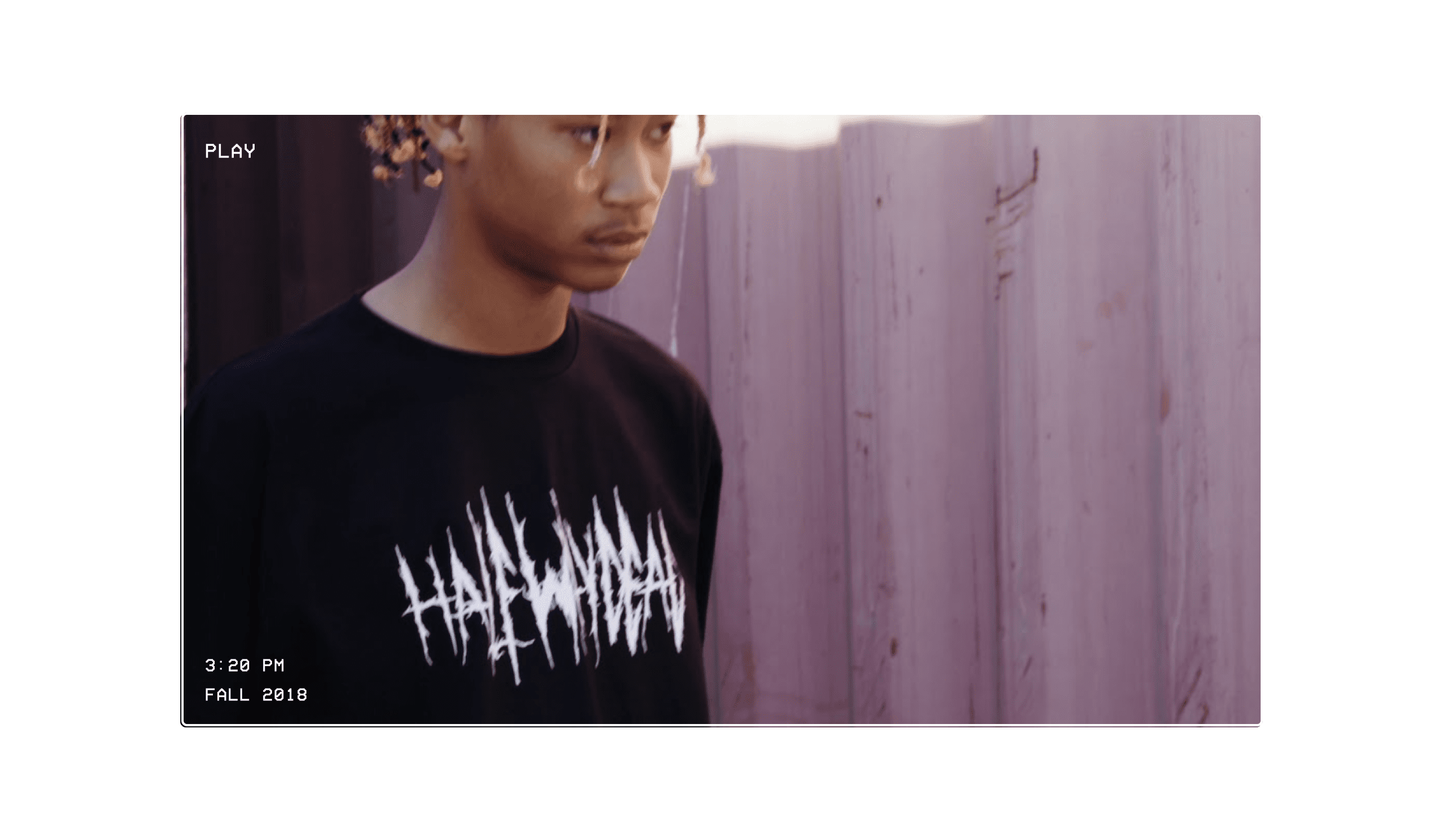