Creating a platform for music promotion and discovery 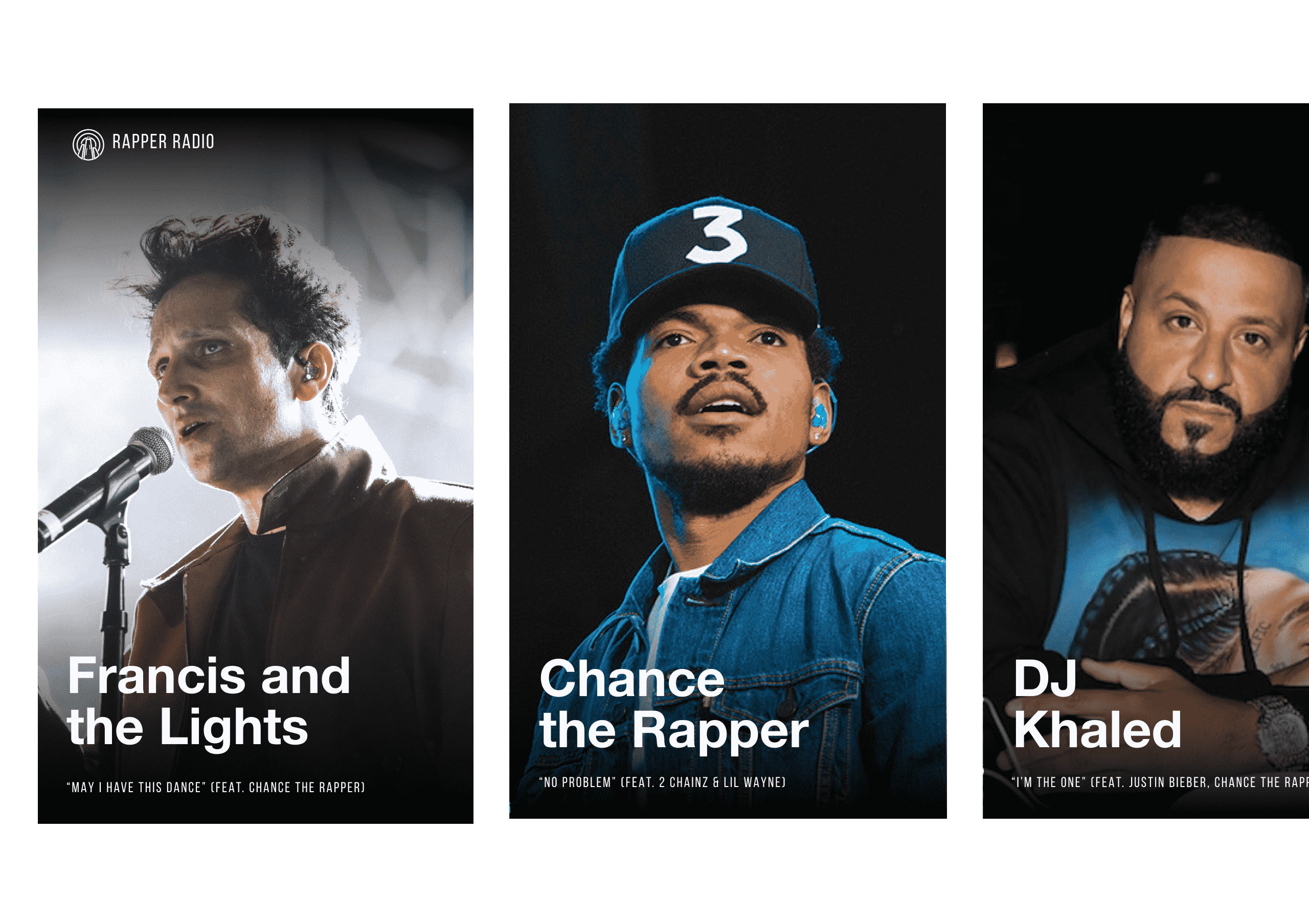 Chance the Rapper took a non-traditional approach to music promotion as an independent artist when he first launched Rapper Radio: A platform that increases direct fan engagement and consumption through user-generated content. After finding success in his platform and landing the No. 1 spot on the charts for his single ‘No Problem’, my challenge was to take his original business model and build a scalable solution that allows other independent music artists to build a profile, integrate with a music hosting platform, and enable fans to tweet automated messages at local radio stations, leading to increased exposure and airtime. I collaborated with Chance the Rapper’s team, Haight Brand, and worked as the solo designer over the course of the project, delivering a front-end and back-end interface, website, and profile page template for users on the platform to promote their music. 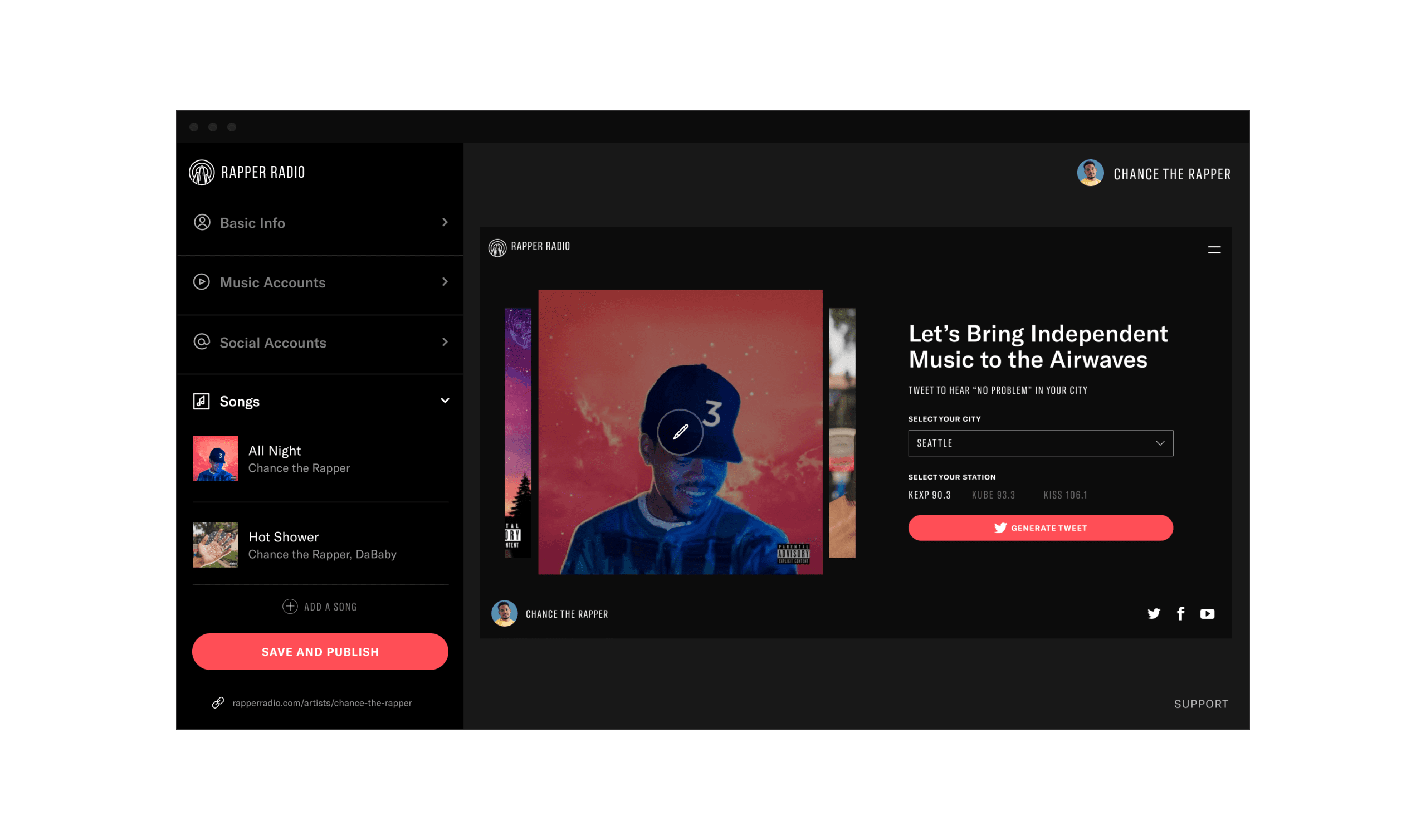 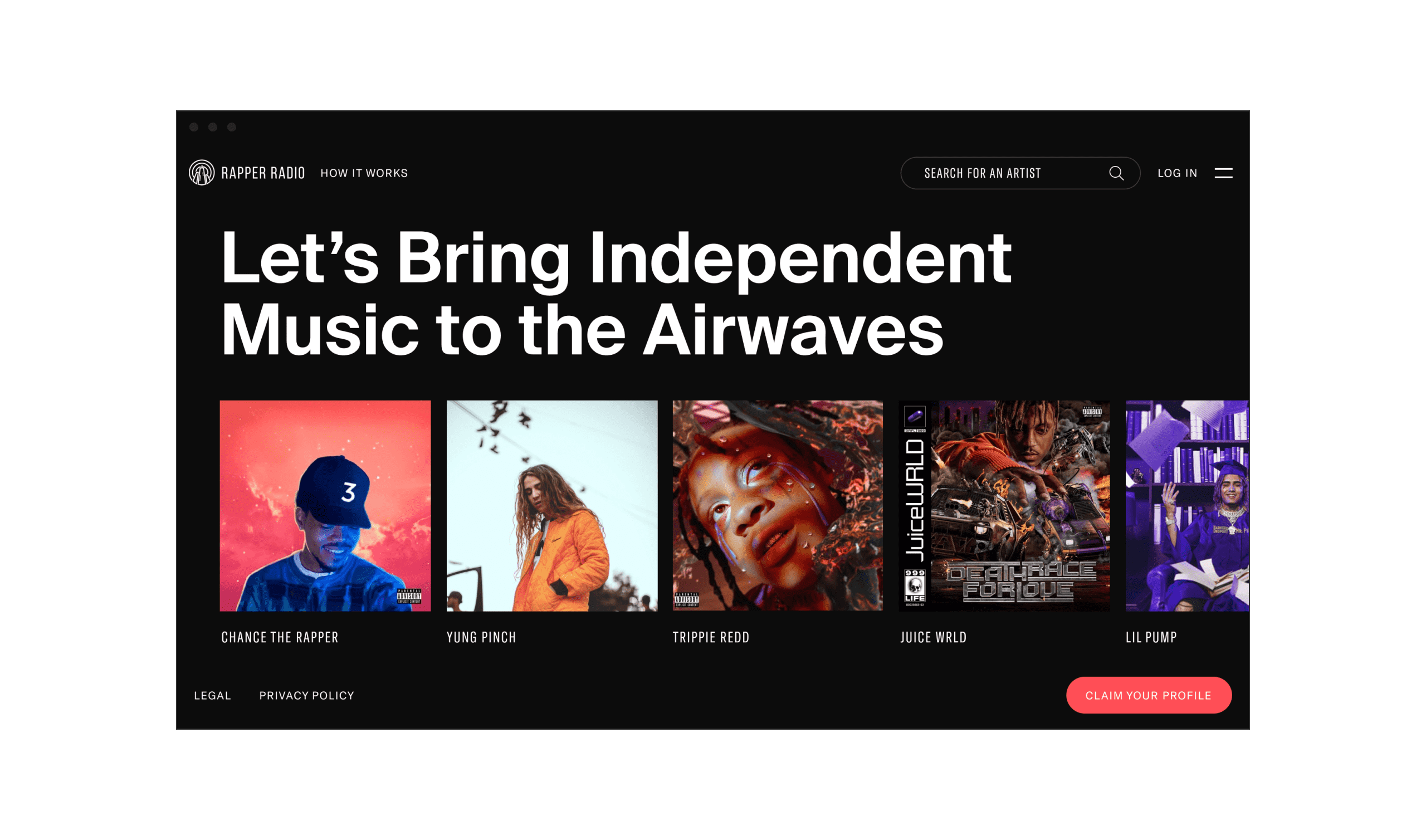 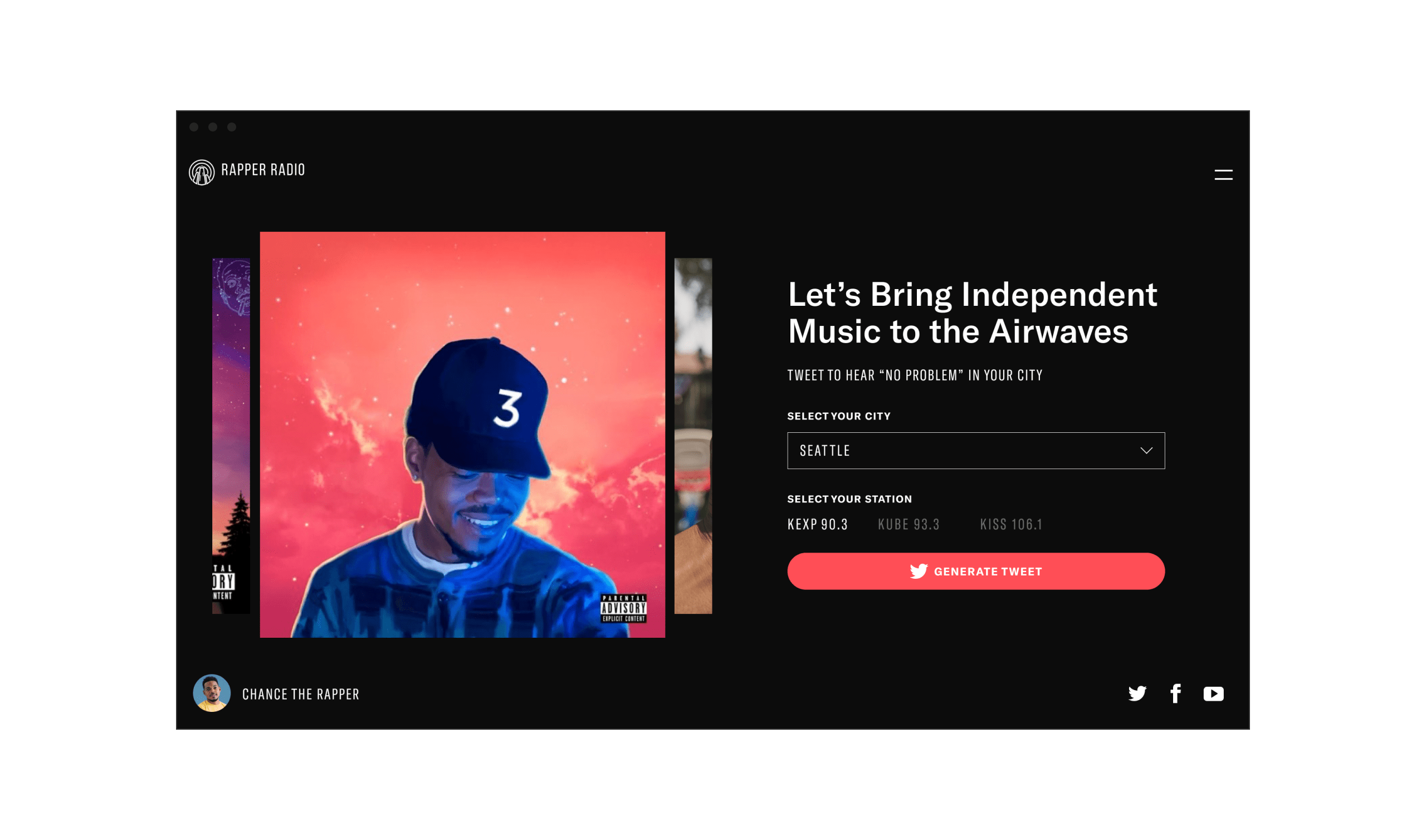 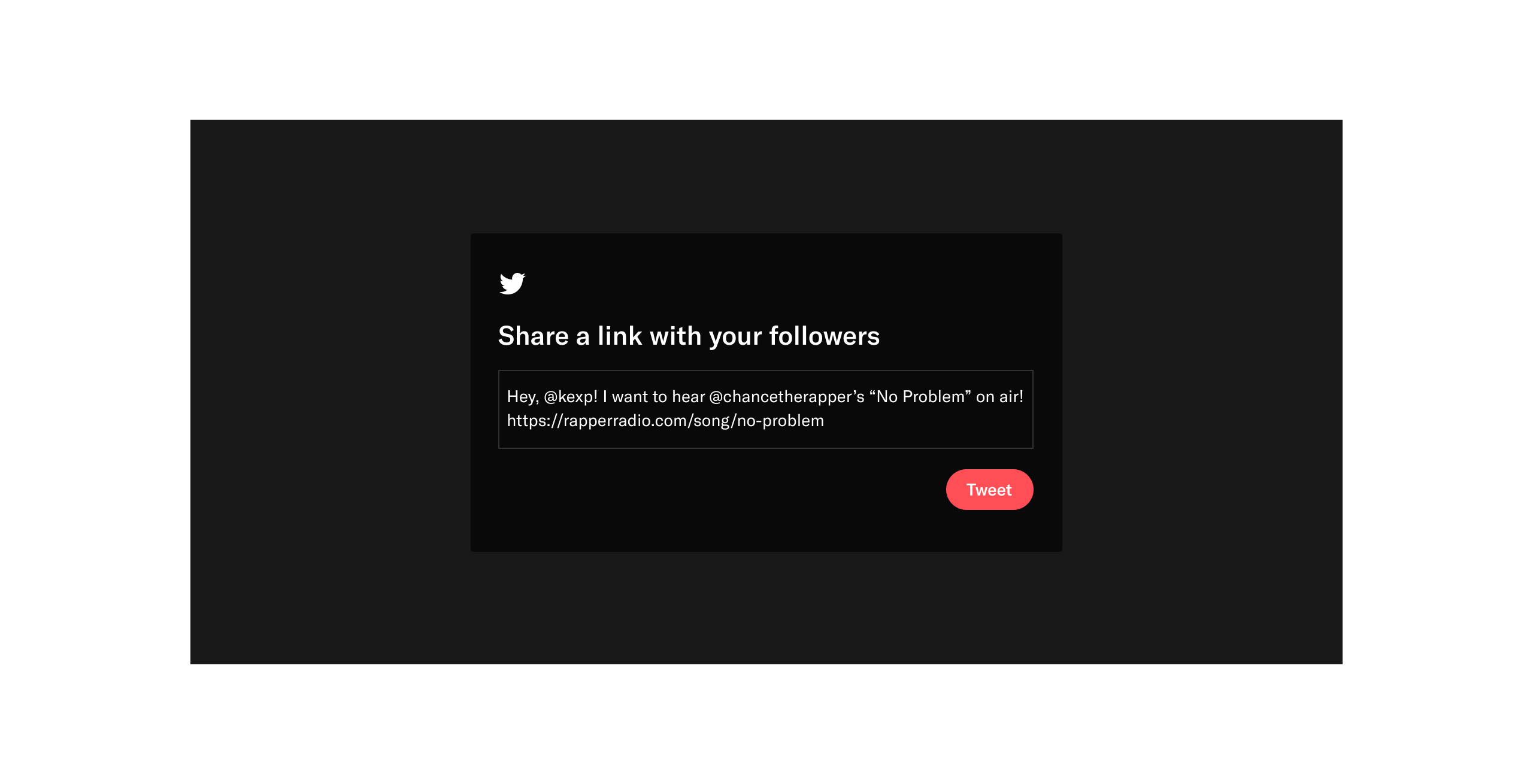